Traditional mushy peas – as British as fish and chips, or bangers and mash. Add them to a plate of homemade pie and you have a meal fit for a king! Let me show you how to make them yourself at home. It’s easier than you think.

I can’t remember the first time I ate mushy peas. Growing up in the north of England in the late 50s, mushy peas were just a staple part of the diet. What I do remember, is that they were one of my favourite things to eat. Coming home from school on a dark winter afternoon and finding a plate of fish fingers and mushy peas waiting for me was absolute heaven.

I’ve always loved peas. My Dad used to grow them in the back garden and in pea season I was always out there popping the pods and gorging myself on the sweet deliciousness inside. I’m sure my Dad always wondered why his expected pea harvest was so meagre, although I would imagine the pile of empty peapods I left behind on the ground might have given him some idea 🙂

Traditional British mushy peas are made with dried marrowfat peas, which are soaked overnight in a mixture of water and bicarbonate of soda until the hard little bullets soften and swell. Then they are boiled in fresh clean water until the peas explode and turn mushy, releasing their distinctive flavour and texture.

The texture is similar to a a very thick pea soup (or a very thin mashed potato) with bits of pea mixed in to it, and it has a very strong and sweet, pea flavour.

So what are marrowfat peas?

According to Askew & Barret, a British pulse specialist, marrowfat peas were introduced into England over 100 years ago by the Japanese, because the English climate was so well suited to growing peas.

The Japanese brought a strain of pea called ‘Maro’ and they wanted to grow fat peas, or ‘fat Maros’. This term eventually evolved into ‘marrowfat’.

The seed of the marrrofat pea are large and starchy, and the peas are not harvested when they are ripe. Instead, they are left on the plant until they are dried, and only then are they harvested.

Apart from being used for traditional mushy peas, marrowfat peas are also used in making wasabi peas, which is a crunchy snack made from roasted dried marrowfat peas and coated with japanese horseradish, or wasabi.

Marrowfat peas are packed with nutrients, including vitamins A, C, B1 and B5. They are also rich in iron and potassium. They are an excellent source of fibre. One bowl of mushy peas provides 12% of your recommended daily fibre allowance.

Detailed ingredients and instructions can be found on the printable recipe card at the end of this post.

You will need the following ingredients to make traditional British mushy peas:

And this is how to make them:

I’ve mentioned seasoning the mushy peas with salt and sugar, but some people like to sprinkle them with vinegar. You can also mix in a teaspoon of mint sauce for minted mushy peas. Minted mushy peas make a tremendous accompaniment to roast lamb.

What do I serve with mushy peas?

Mushy peas are traditionally served with fish and chips, or Yorkshire meat and potato pie.

You can also serve them with a homemade pie, or simply as a side vegetable with a roast.

Why not try mushy peas with one of these recipes:

Can I freeze mushy peas?

Oh yes – in fact I always make far more than I need and freeze some for another meal. It saves on the overnight soaking, and it’s nice to have ready-made mushy peas to hand in the freezer.

To freeze the peas, allow them to cool and then pack meal-sized portions in ziploc bags, or plastic containers, and store in the freezer for up to six months.

To defrost, simply tip the contents into a saucepan and heat very gently until defrosted, then bring to the boil. As soon as the peas start to boil remove from the heat and serve.

Don’t forget to check out my handy Cookery Conversion Calculator if you want to convert any of your recipe measurements from grams to cups, ounces, tablespoons or millilitres and vice versa. You can also use the calculator for converting oven temperatures between Fahrenheit, Celsius, and Gas marks.

If you live at a high altitude you may find you need to adjust your baking recipes to compensate for this. You can read all about it in this post on baking at high altitudes.

Why not pin this recipe for traditional British mushy peas so you can make it later. 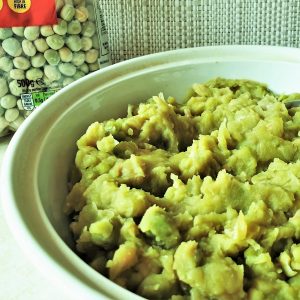 Traditional mushy peas – as British as fish and chips, or bangers and mash. Add them to a plate of homemade pie and you have a meal fit for a king! Let me show you how to make them yourself at home. It’s easier than you think.
Recipe by: Veronica

Do not substitute baking powder for bicarbonate of soda.  It will not soften the peas. Serve these with traditional British fish and chips or Yorkshire Meat and Potato Pie.

Previous Post: « How to cook rice in the oven
Next Post: Oven-baked Cashew Chicken – in 5 easy steps » 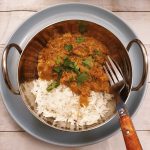 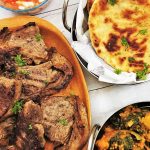 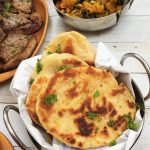 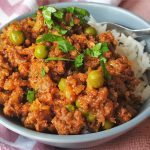 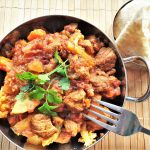 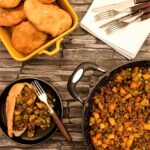 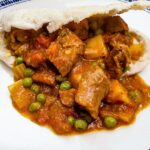